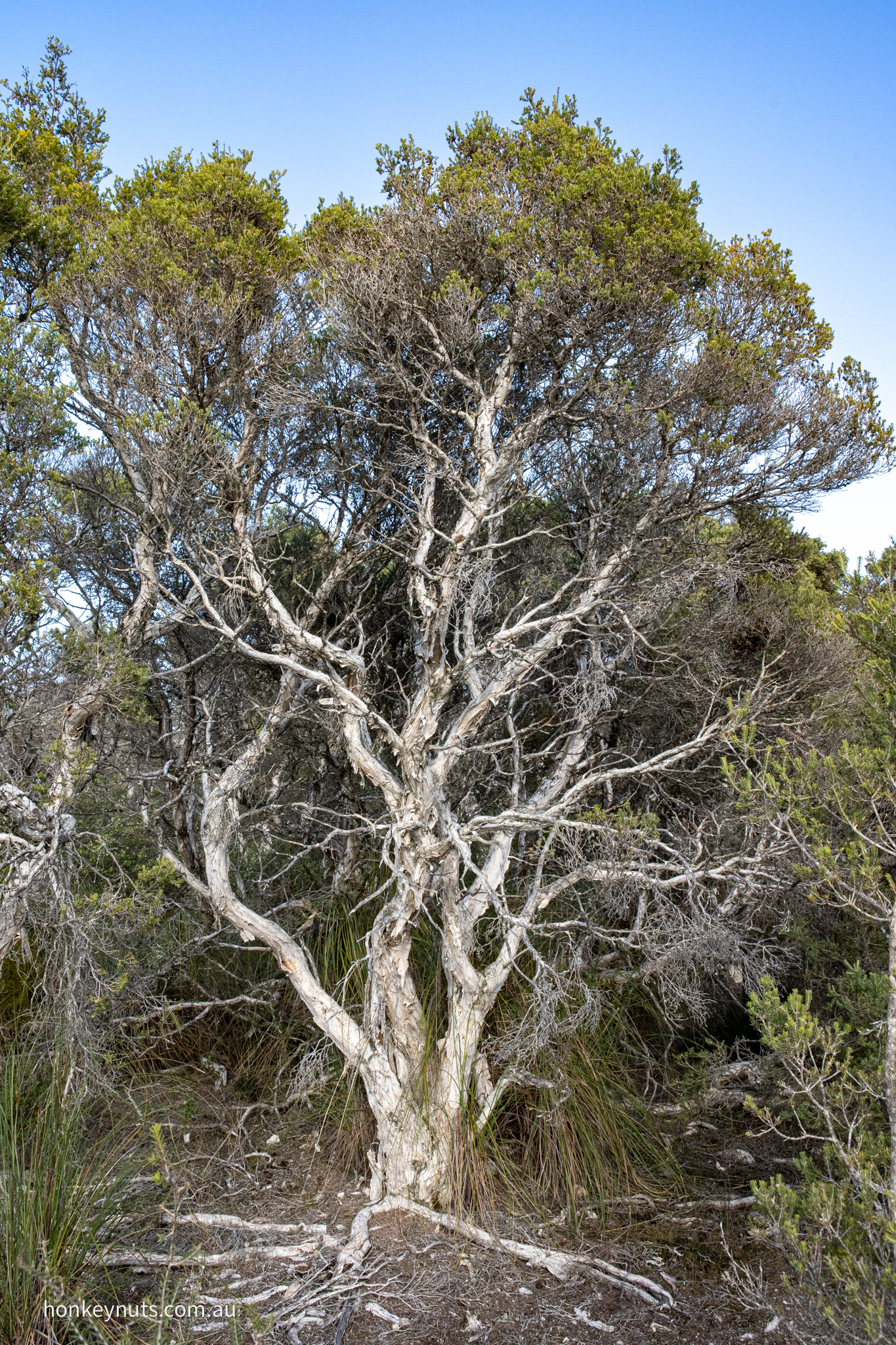 Saltwater paperbark is found near saline or brackish water, with the Swan estuary its most northern occurrence.  It has a twisted, irregular appearance, growing up to 7 m tall but often smaller. Its bark is whiter than other Perth paperbarks.  It’s small dull green leaves are in two opposite pairs in four regular lines, and the small woody fruits look star-shaped from above.  Flowers are produced in spring.