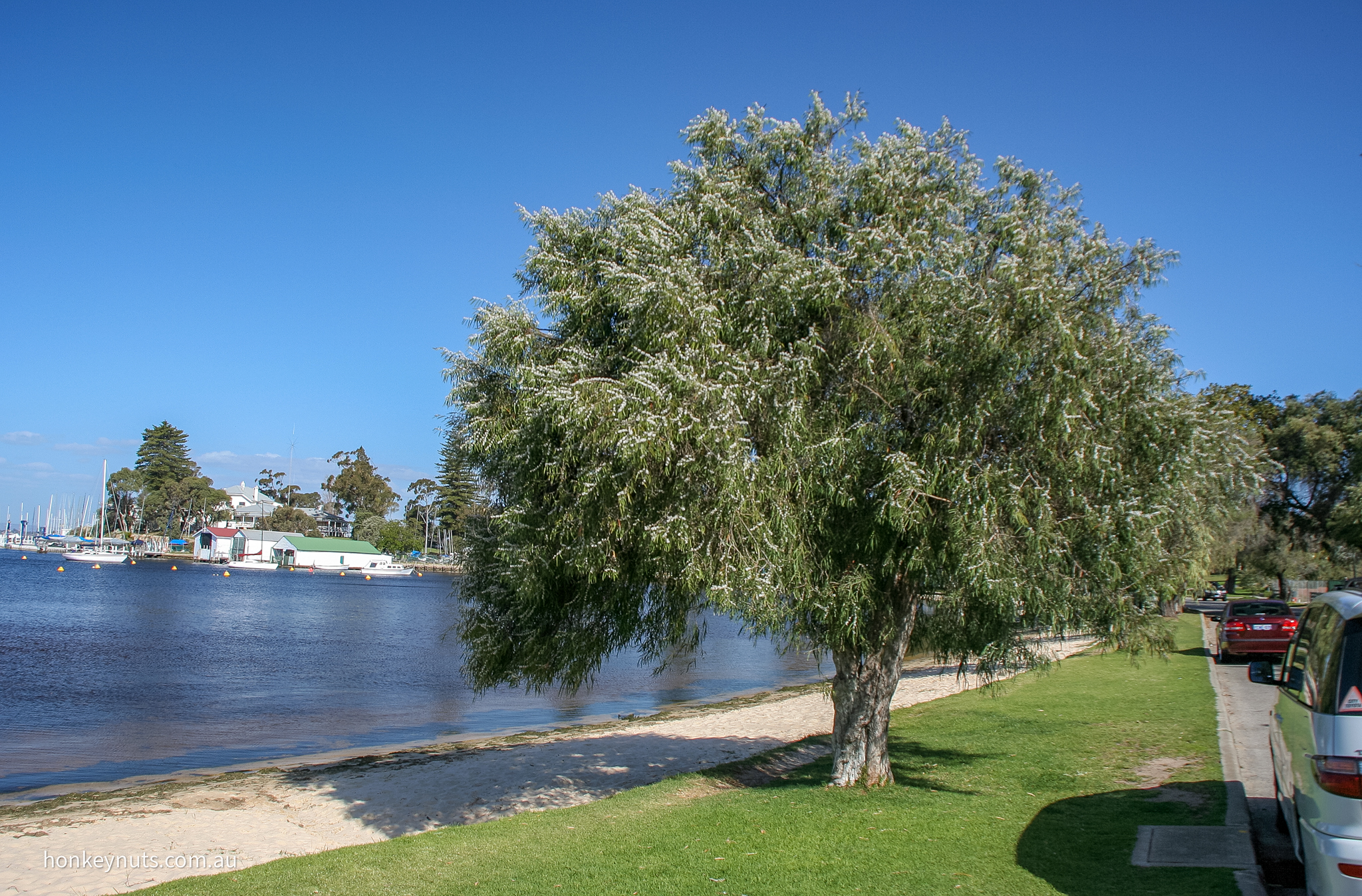 Peppermint grows in near-coastal areas of the south-west.  Perth is the northern-most limit of its natural range, where it has also been extensively planted as a street tree.  It grows up to 10 m tall, often with weeping branches, like the well-known Willow tree of the northern hemisphere.  Peppermint’s common name is from the aroma released when it’s leaves are crushed or torn.  Small white flowers are produced in late winter, through spring and in early summer.