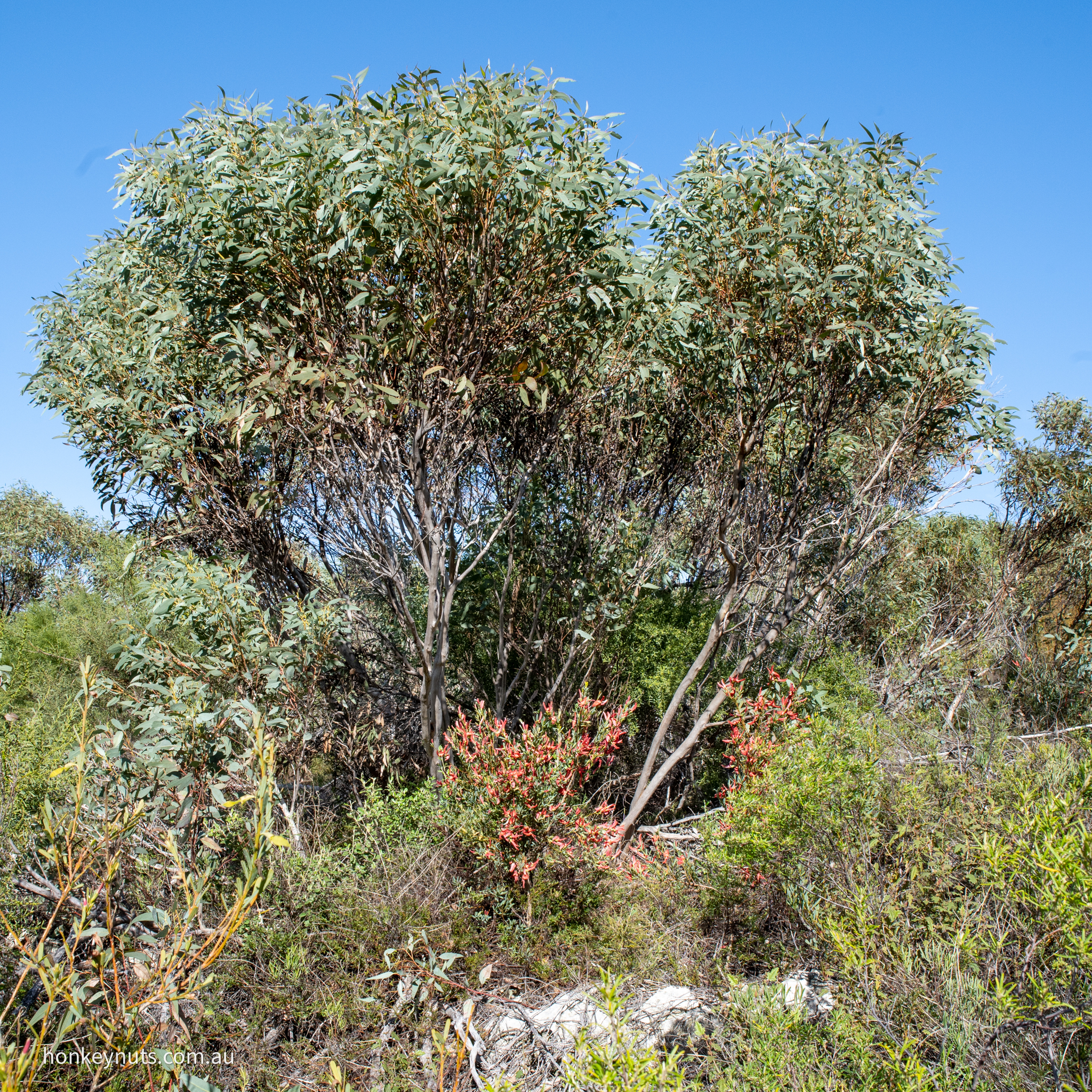 Rock mallee grows on shallow soil on limestone ridges, up to a height of 4 m.  It is quite rare.  Its species name comes from the Greek petra “rock” and Latin -ensis “native of”.  It has smooth grey to coppery new bark, revealed in autumn when the old grey bark is shed in long strips.  Twigs and leaf stalks are orange-red.  Flowering occurs in autumn.

“Bushwalks in the south-west”. Department of Conservation and Land management 1997.