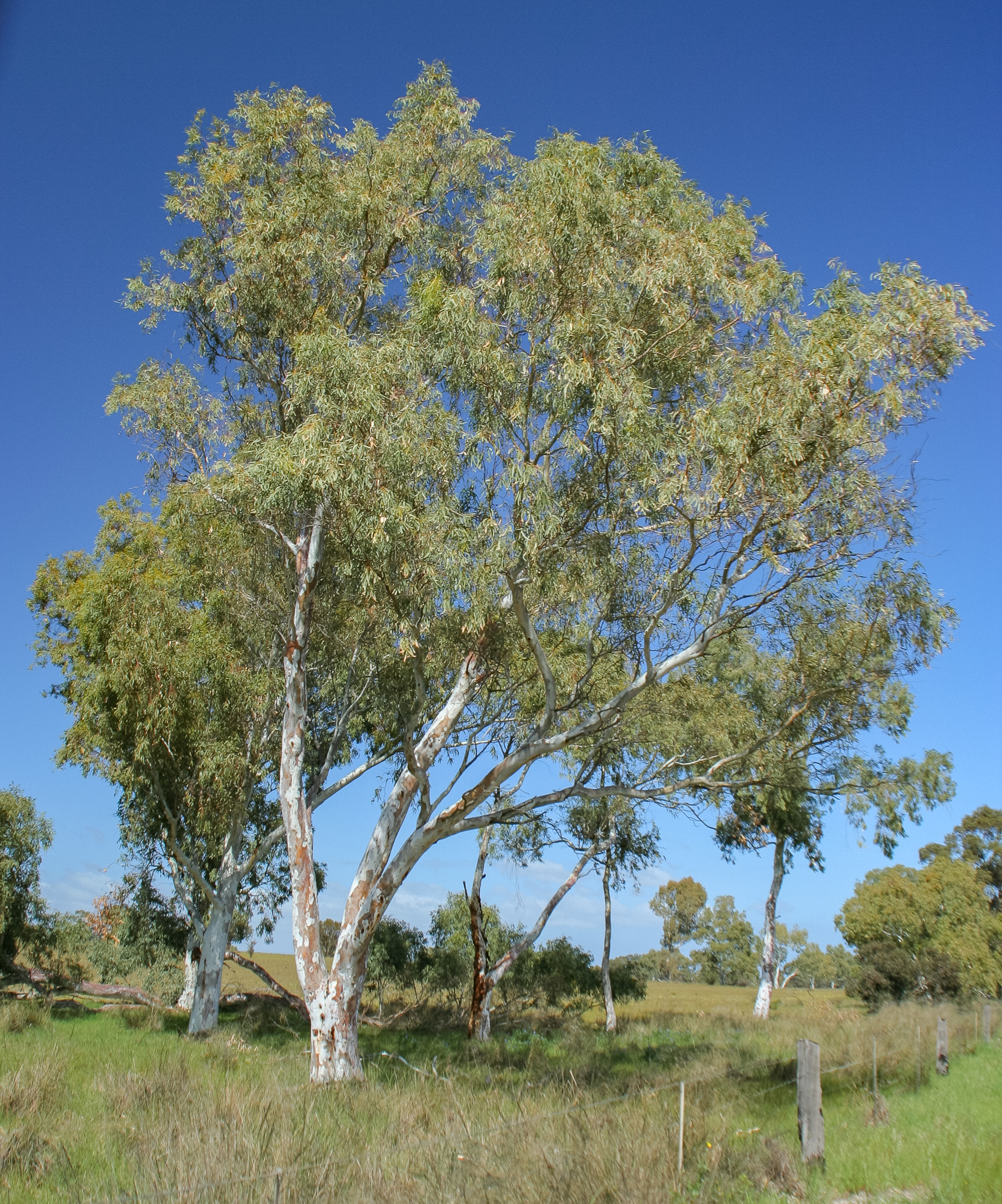 An irregular small to medium tree, salmon white gum is now uncommon in the metropolitan area. Remnant populations are almost all on private property on the eastern side of the coastal plain and Darling scarp. It has smooth bark, salmon-pink to pale orange when new in autumn, then fading to almost white. Patches of old, reddish bark are often retained on the trunk. The leaves are a bright mid-green colour. Individual trees appear to flower at different times of the year. They flower prolifically and produce abundant fruits. The species name is after Charles Edward Lane-Poole, Western Australia’s first Conservator of Forests, 1916-1921. Lane Poole Reserve, by the Murray River south of Perth, also bears his name.