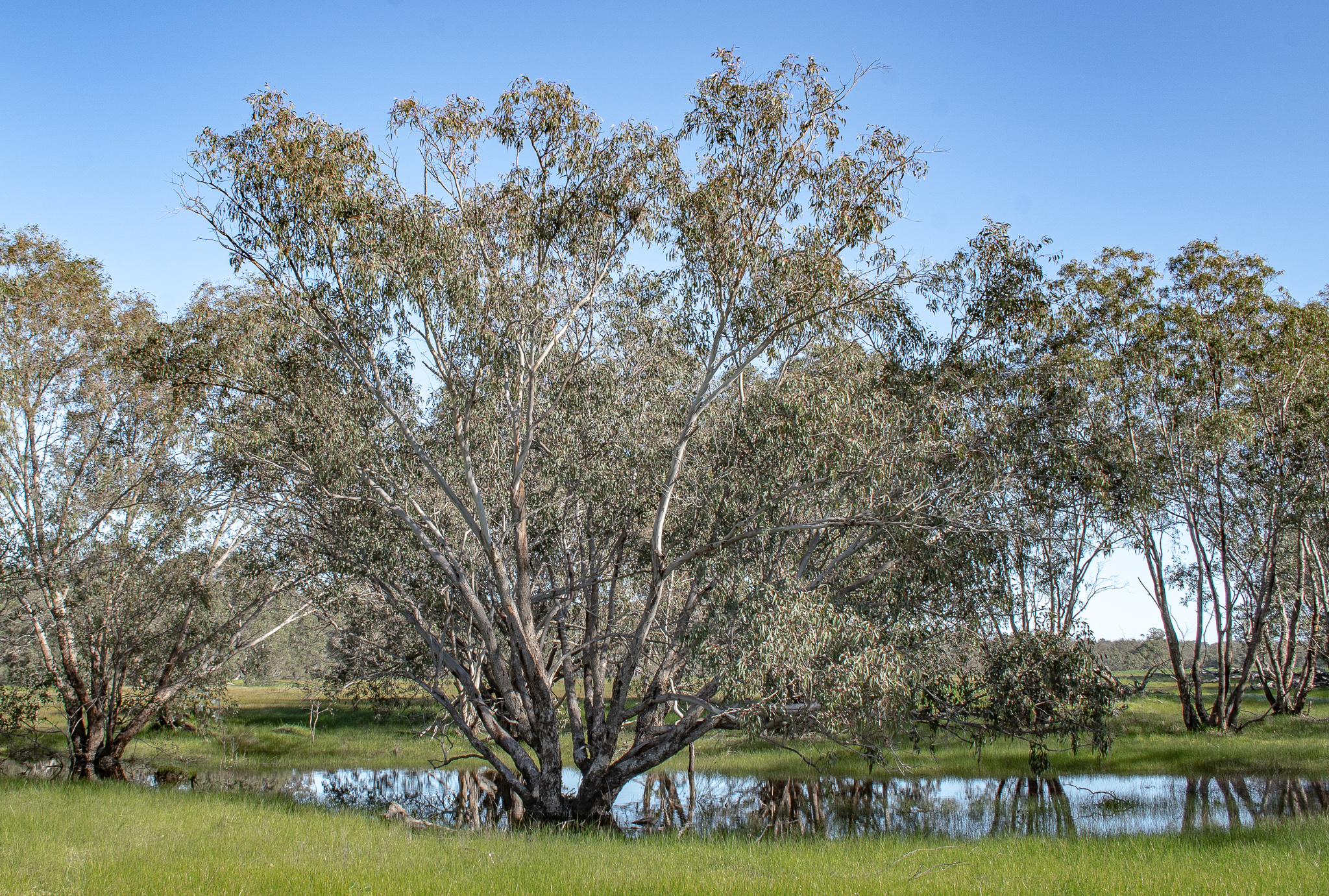 As its common name suggests, this eucalypt is found in areas prone to flooding, such as in wetlands and by lakes and streams, both in the Darling Range and on the coastal plain.  Flooded gum can grow up to 25 m tall but its appearance is quite variable.  Its trunk often splits close to the ground into equal branches.  The bark is rough and grey on the trunk and lower branches but smooth and grey-white on the upper branches.  Its species name comes from the Latin rudis “rough” and may refer to this lower bark, or to its rough or poor quality timber.  The leaves are a dull grey-green or blue-green colour, – the tree was once known as “blue gum”.  Flowers occur from winter, through spring and into early summer.