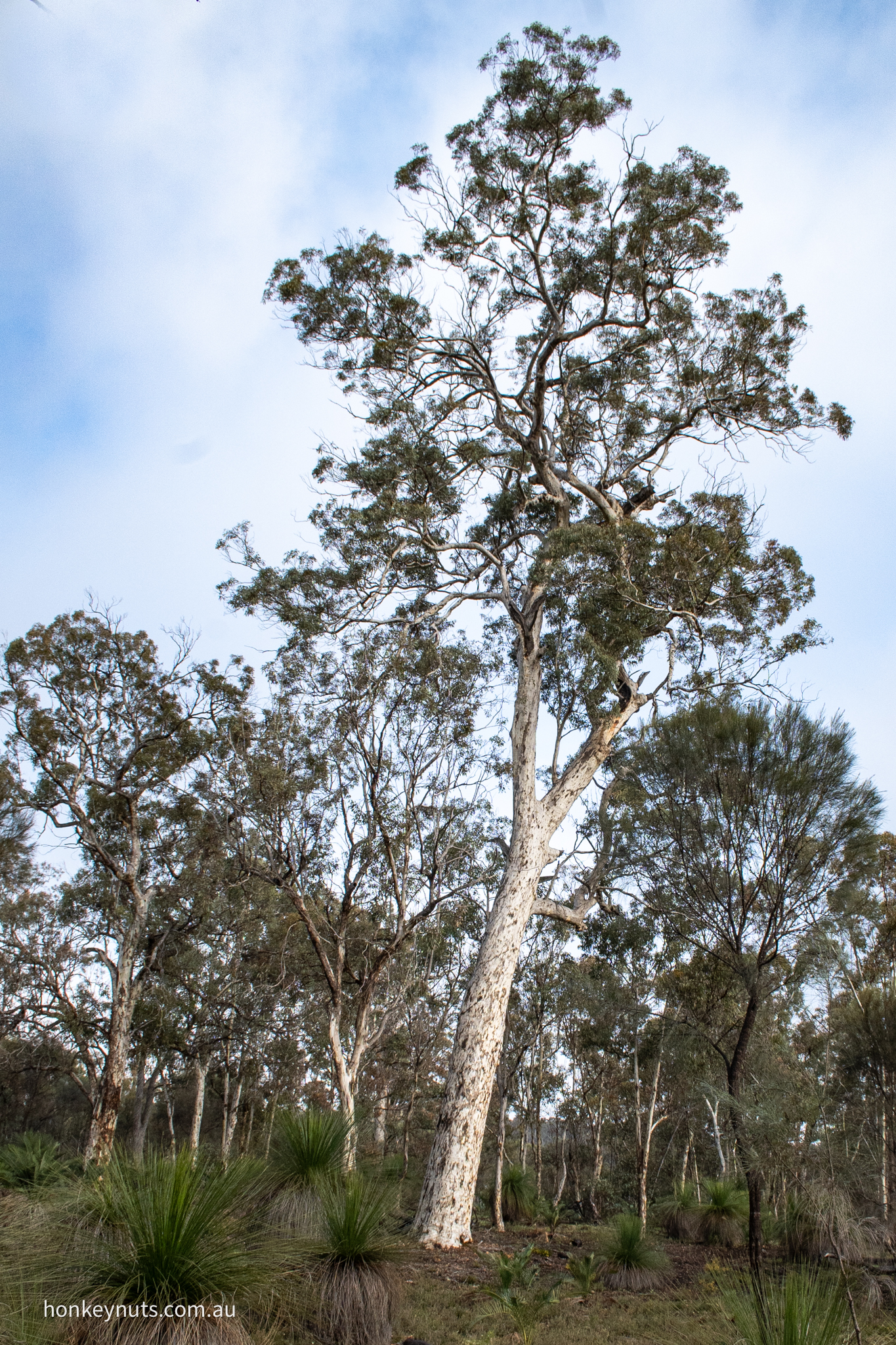 Wandoo can grow up to 30 m tall but its trunk only reaches about 1 m in diameter.  It prefers fertile, clayey soils and is found in the western part of the wheatbelt.  In the Perth area, it grows on the Darling Range and on the eastern side of the coastal plain.  Young trees have rough, flaky bark, whereas mature trees have smooth bark which is creamy-white when new in autumn, and off-white to grey when older.  Patches of old bark always remain on the trunk, giving a mottled appearance.

All
Bark of juvenile tree.