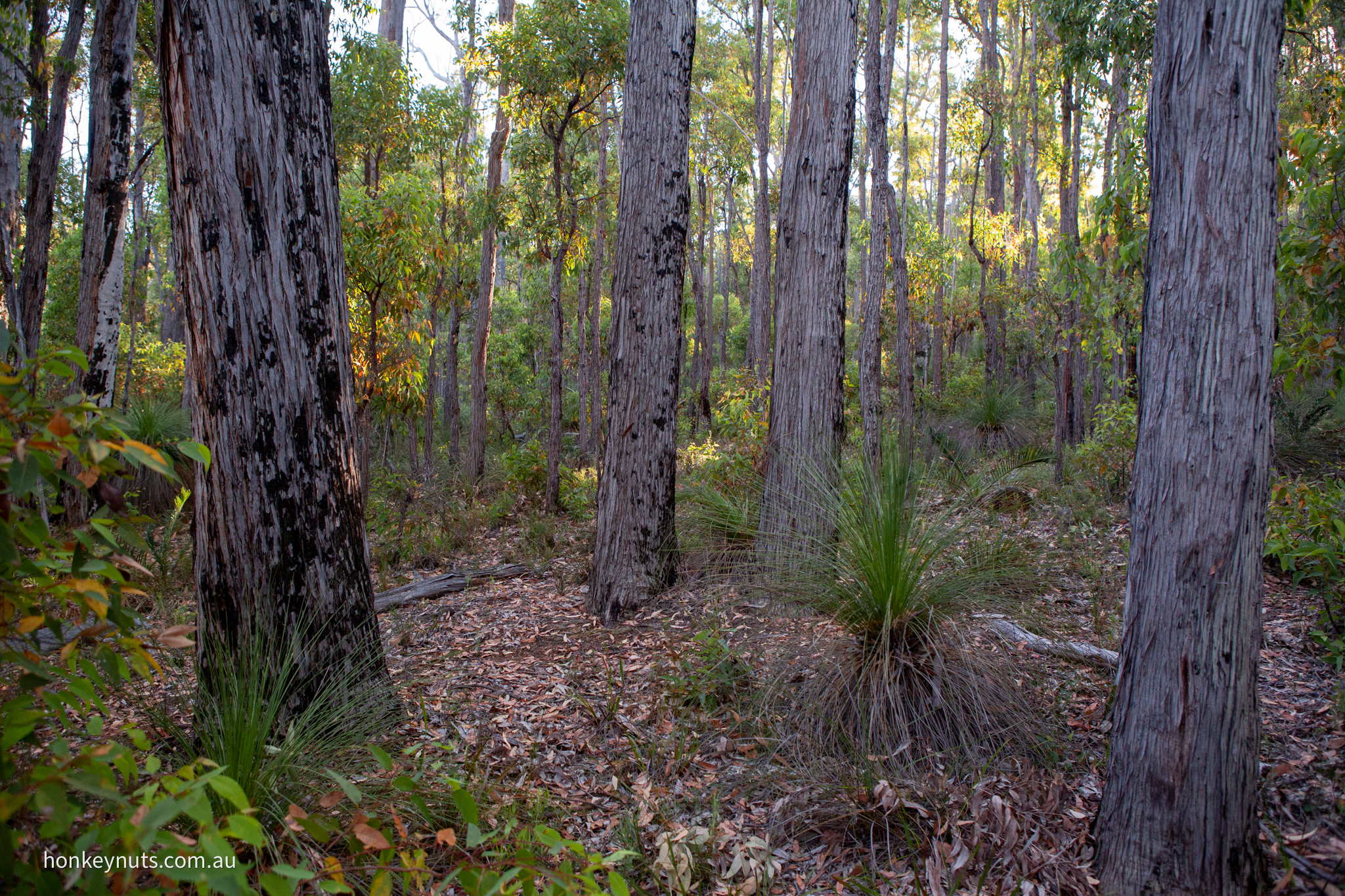 Jarrah is an iconic eucalypt of Perth and the south-west.  It is a prominent tree on both the Darling plateau, where it is a medium to large tree, and on the coastal plain, where it is smaller and more branching.  Its hardy reddish timber has been used extensively in construction and furniture-making.

Much of the Jarrah on the Darling plateau has been affected by root-rot from a water-borne mould.  This causes the condition known as “dieback” as the Jarrah trees (and others) slowly die back from the ends of their branches.  To reduce the spread of dieback, many roads and tracks are closed to vehicles.

The species name is from Latin – marginatus “having a border” and refers to the thickened border of the leaves.