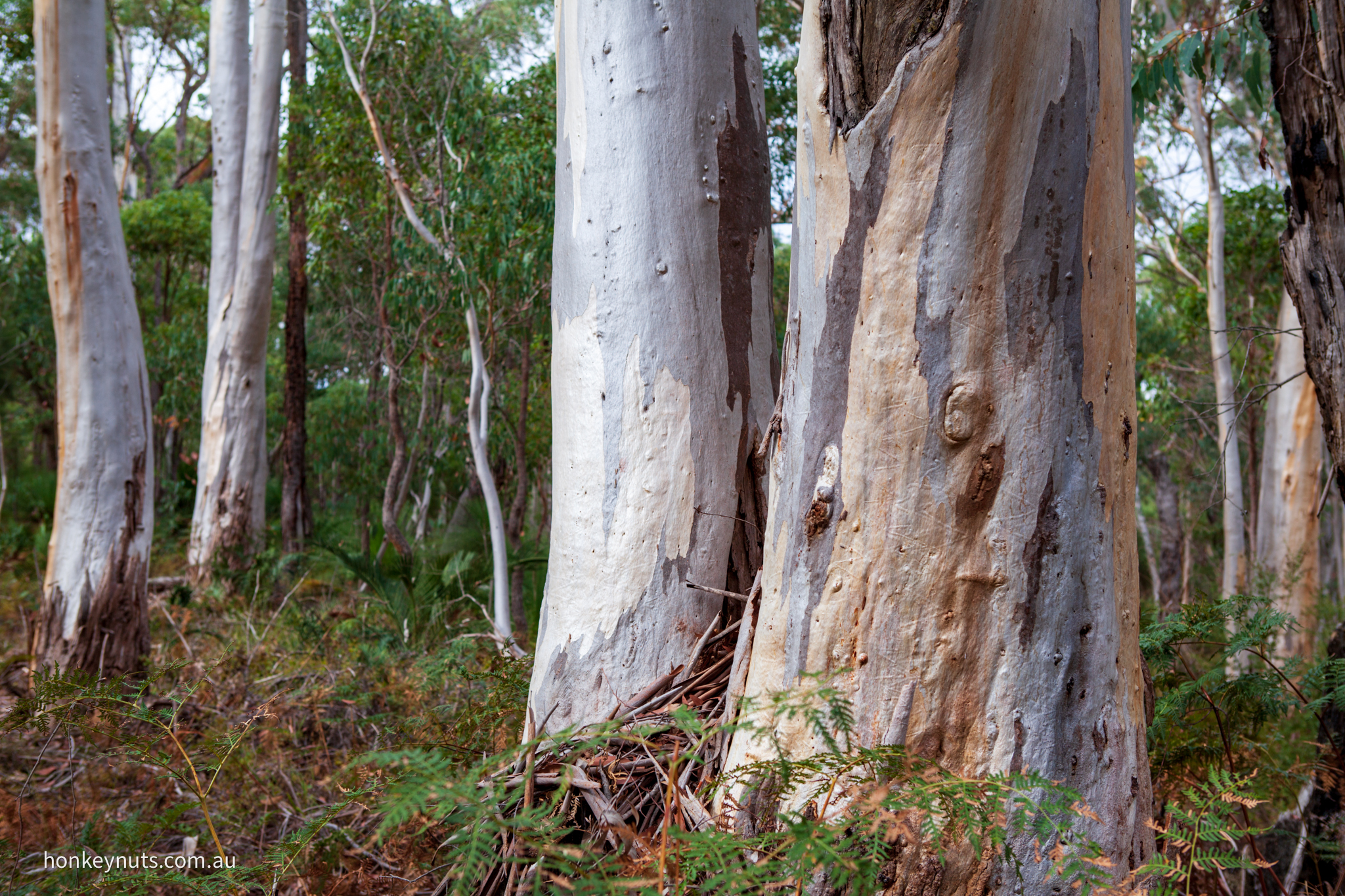 Bullich is a medium to tall tree, growing up to 25 m,  found in moist parts of the South West.   The metropolitan area is the extreme north of its distribution.  Although smaller than Karri, it has similar bark and growth habit, and is sometimes called “swamp karri”.  The bark is smooth and shed incompletely each summer.  New bark is pale yellow-orange or pale apricot, fading to white and then darkening to grey.  Its fruit are relatively large, giving it its scientific name from the Greek mega “large” karpos “fruit”.

Ref: “Leaf and branch: trees and tall shrubs of Perth” by Robert Powell.  Published by the Western Australian Department of Environment and Conversation, 2009.