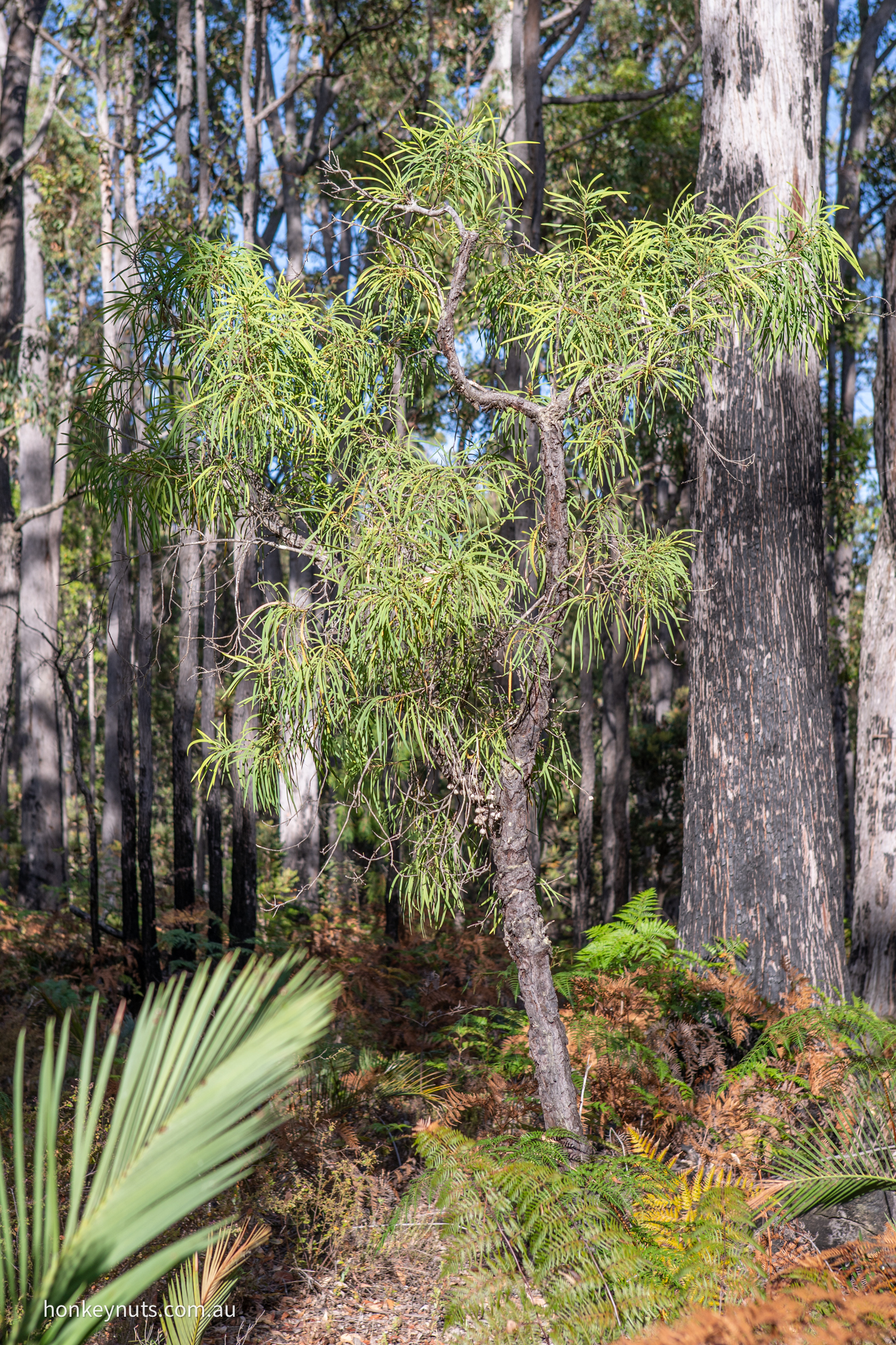 Upright snottygobble is an erect, somewhat weeping, shrub or small tree, 1-5 m tall, growing in the jarrah forest of the Darling Plateau.  Its leaves are long, slender and a little sickle-shaped, giving rise to its species name from the Latin longus “long” and folium “leaf”.  The leaves form shaggy clumps.  Upright snottygobble has rough, flaky bark and small yellow flowers which are produced in summer.  Green fleshy fruits, containing one or two seeds, are thought to fall to the ground to be eaten and dispersed by animals such as kangaroos and emus.  It can also regrow from root suckers after fire or land clearing, and is often seen along roadsides.