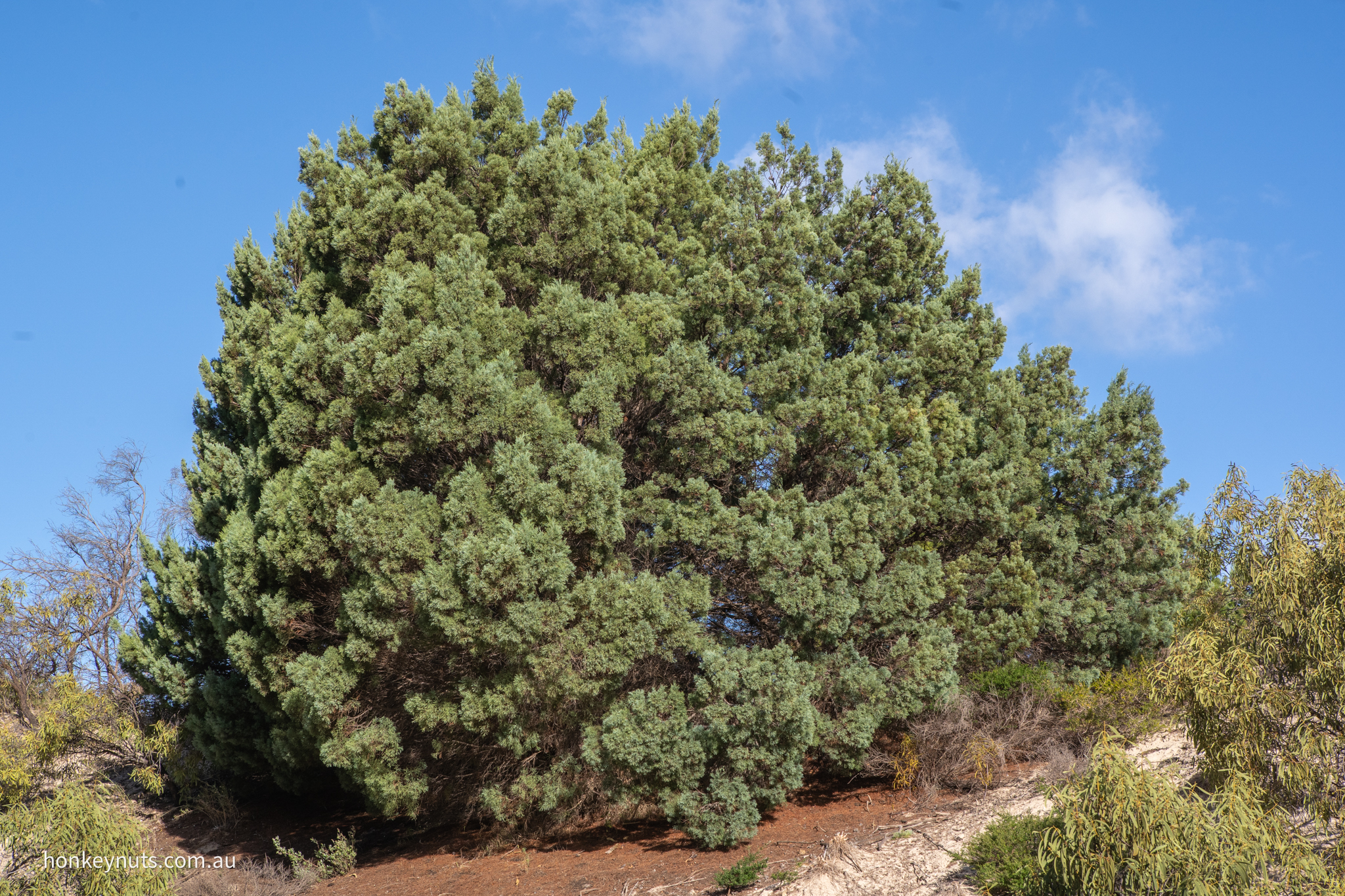 Rottnest Cypress is a small conifer, growing on the coast and offshore islands, where it tolerates dry, alkaline soils and salty winds. In such places it protects itself by adopting a rounded, compact shape, and by forming thickets. It has dense green foliage, and globular cones which have a warty surface, with three large and three small valves.

Ref: “Leaf and branch: trees and tall shrubs of Perth” by Robert Powell. Published by the Western Australian Department of Environment and Conservation, 2009.