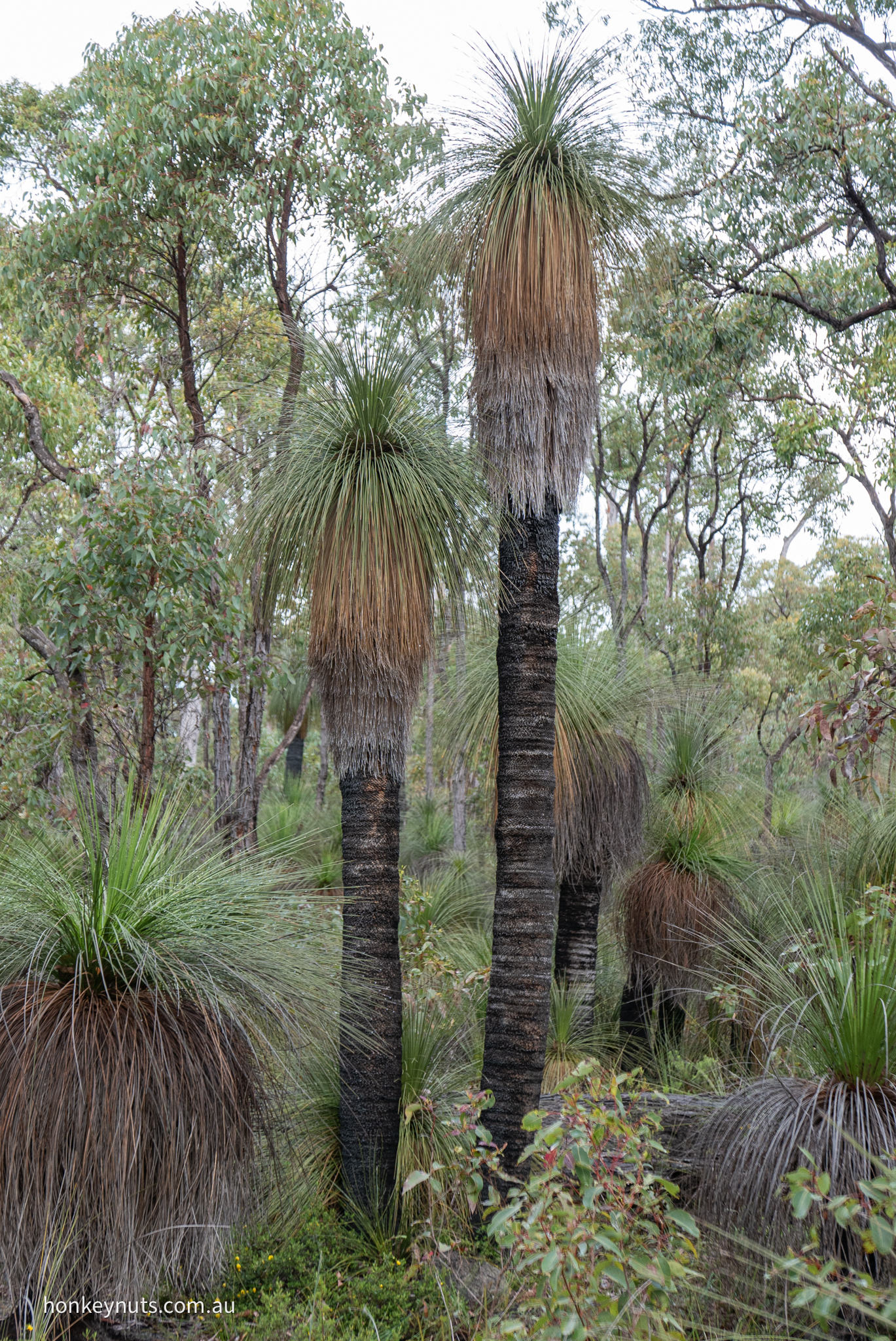 This primeval-looking plant grows up to 7 m tall and is largely confined to the south-west of Western Australia. Near Perth, it grows on the eastern side of the coastal plain and in a few spots in the Darling Range. Although it has a similar appearance to Balga, with long, thin leaves and a trunk made of compacted leaf bases, it is not closely related.  Kingia is unusual in having aerial roots, which emerge from its growing shoot, but then descend down to the ground underneath the leaf bases. They are not visible. Flowers occur on the end of “drumsticks” in winter and after fire.

Ref:  “Leaf and branch: trees and tall shrubs of Perth” by Robert Powell. Published by the Western Australian Department of Environment and Conservation, 2009.