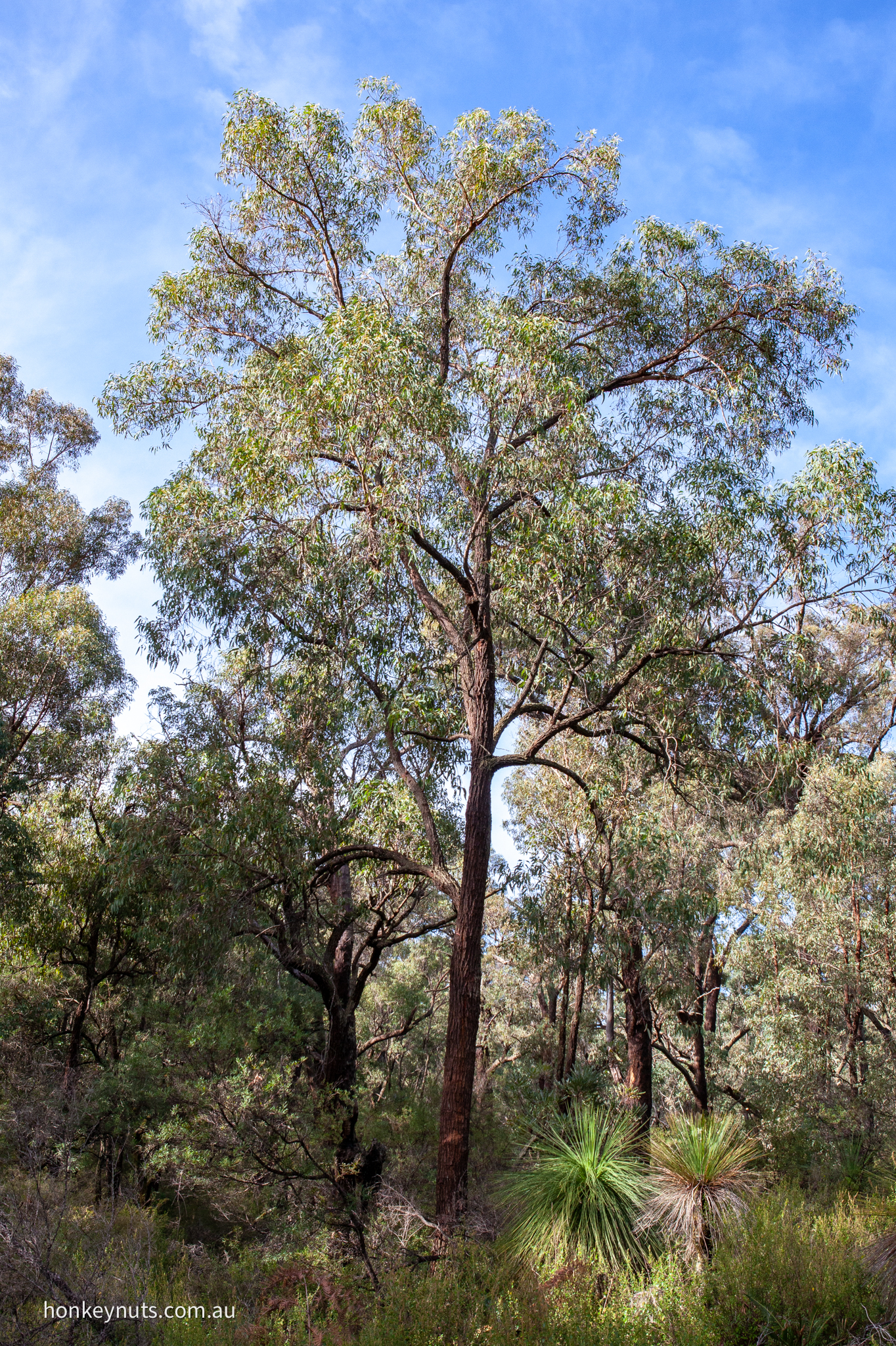 Blackbutt is a large tree, up to 45 m, which grows by rivers and streams in the Darling Range. It is similar to Jarrah, but has heavier foliage, its bark is more furrowed and its timber is yellow-brown in colour.  Fire blackens it’s trunk, giving its common name. It produces bountiful flowers in summer.

Ref:
“Leaf and branch: trees and tall shrubs of Perth” by Robert Powell. Published by the Western Australian Department of Environment and Conservation, 2009.

“Common trees of the south-west forests” by Judy Wheeler. Published by the Western Australian Department of Conservation
and Land Management.